CFN’s goal is to showcase Canadian fishing opportunities all over the country, in the previous months we have since got involved in a charity called Feed My Starving Children through Angling for Life run by Ted Doberstein and Elaine Doss. Initially our plan was to hold a fishing event and raise funds and that’s it, get on with our plan of creating our videos and content for the season. But then our swashbuckling Provincial Ambassador James Mathias came up with the idea that on Canada’s 150th birthday, he will be travelling across Canada and meet our CFN fans to fish and raise funds for our charity in his CFN mobile, hence CFN Coast to Coast Crusade was born.

In this post, we will be updating you through pictures and videos the status of the Coast to Coast Crusade.

At this writing, James is with our BC Provincial Ambassador Cliff Moors fishing for Chinook Salmon in Comox British Columbia. 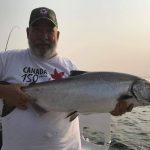 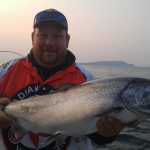 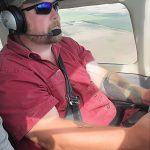 About the Author: Red Andal

I am a photographer and a web guy. When my son was younger, he told me one day, daddy can you take me fishing? Uh, ok, I said, I had no idea what to do, where to go, how to fish, lol! So off to Walmart we went we picked up a star wars baby fishing rod and then headed to Heart Lake in Brampton Ontario, with my son and my daughter we then fished for a couple of hours and eventually caught a tiny rock bass, oh boy! let me tell you, the excitement and joy of that moment with my kids got me hooked in to fishing, it has now become my passion along side photography and webdesign. I then saw a void when I was studying fishing online, there is not a lot of information about fishing in Canada, and if there were they are all over the place, so I decided to build this website. I hope that you would benefit from this.